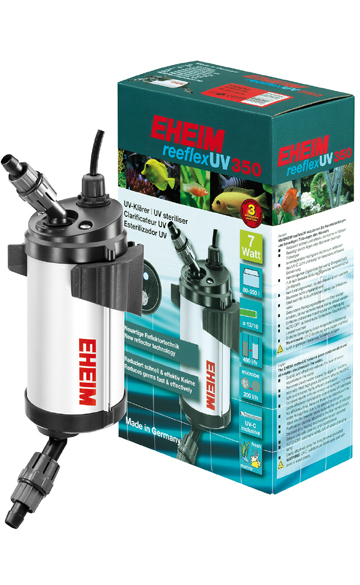 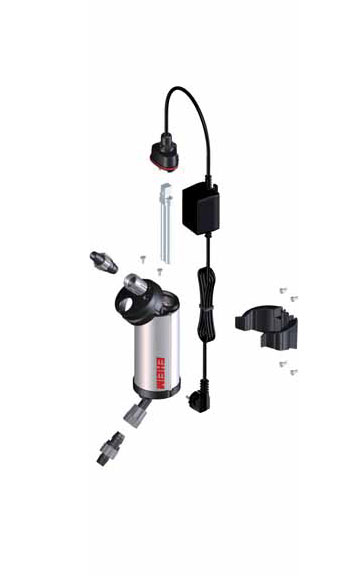 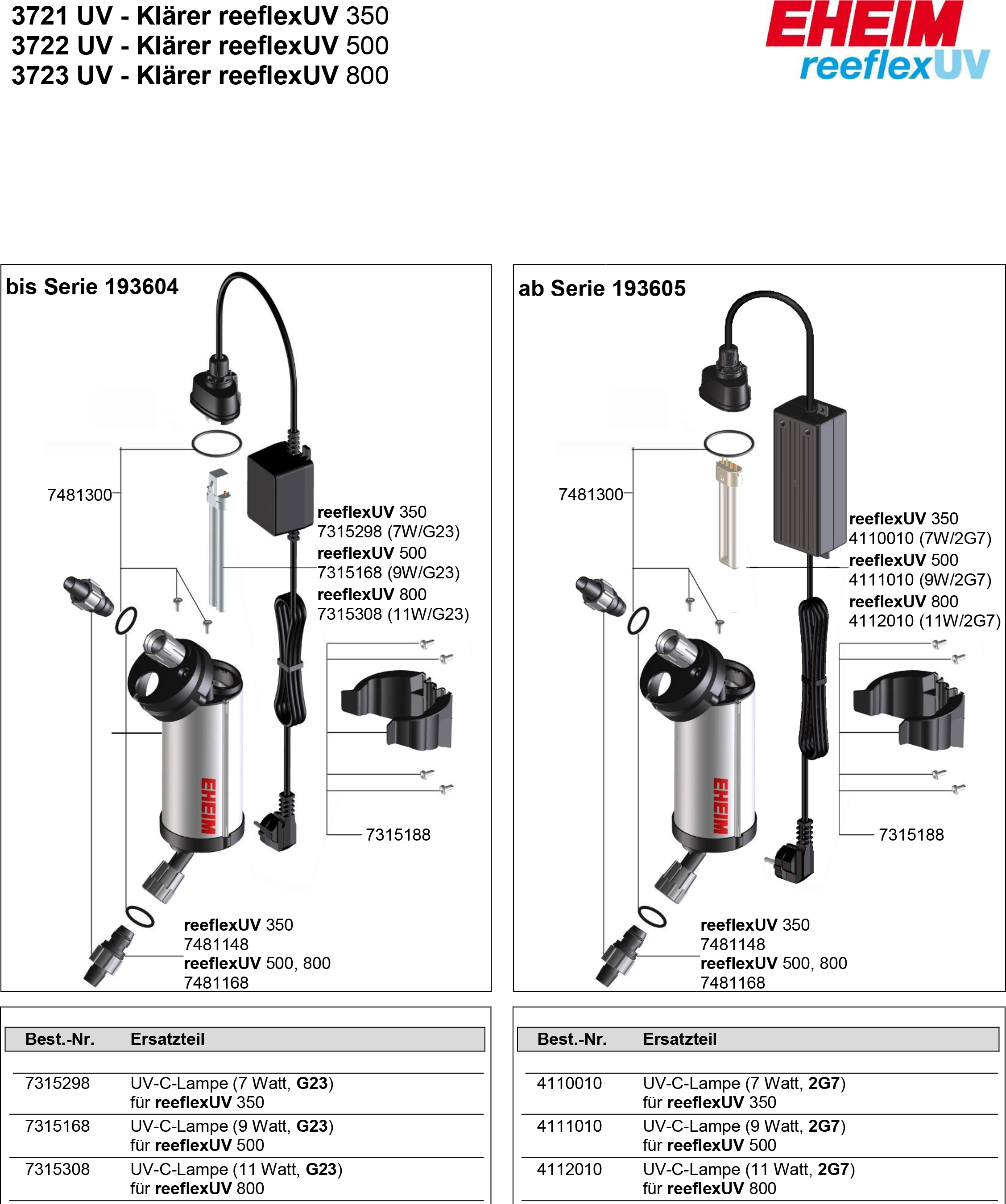 In a UV-steriliser, the aquarium water is directed as a thin film past a UV-C lamp (burner). The UV-C radiation penetrates the water and kills off microorganisms, algae spores and other small organisms.

Using conventional technology the water is only irradiated on one side. EHEIM on the other hand has built in a reflector, via which the reflected radiation penetrates the water from more sides. Thus reeflexUV achieves a significantly higher performance level.

Furthermore, the EHEIM reeflexUV doesn’t have a complicated water flow system. The water is not redirected and flows around the burner without detours. So there is no loss of performance.

The AUTO OFF ensures an optimum level of safety. Since UV-C radiation can cause

to the small amount of water. It is worth reducing this and bringing it back to a normal level. However, the aquarium water should never be completely bacteria free.

damage to skin and eyes, reeflexUV switches off immediately when the device is opened.

What you should also know:

Compared to normal waters the bacterial count in an aquarium is relatively high due substrate are spared.

Torbidity in the water, caused by bacteria or floating algae, is removed very efficiently by the UV-sterilisation. Basically algae growth is curbed, because the spores are killed off.

UV-sterilisers generally ensure healthier fish, because the risk of infection is reduced. A UV-steriliser is especially recommended for breeding tanks, because dangerous pathogens colonise on eggs or infect young livestock, which don’t yet possess enough power of resistance.

UV-sterilisation in general doesn’t cause any kind of changes to the water values.

We beat any price on identical stocked items and have a huge warehouse of products to choose from, Nature Aquariums is a true Aquarium & Pond Superstore.

Sign up for exclusive offers, original stories, events and more.